The 10 most successful Microsoft products

They have brought great successes such as the XBOX and the Windows Operating System Series. But, nothing in life is perfect, and Microsoft is no exception to this list as we have also been brought failures such as Windows Vista.

For the older readers, Windows 95 was one of the most successful Microsoft products, if not the best Operating System out there, released 17 years ago in 1995. There are many reasons why Windows 95 was loved in its time, such as the fact that Win 95 had a cleaner desktop design than its predecessor, which meant it was also more user-friendly than the other operating systems.

Windows 95 also changed the folder layout with Windows 3.1 to renovate the desktop experience.
We cannot forget about the marketing techniques Microsoft used to get the word out about Windows 95, such as their launch video with the Rolling Stones being paid $3 Million, allowing Microsoft to use the song “Switch Me On” as the main soundtrack for the advertising campaign.

Or the fact that Bill Gates enlisted Jay Leno to talk about Windows 95 to which he famously joked when talking about Windows 95 said that it was ‘so powerful that it can keep track of all of O.J.’s alibis at once’. That is for our older readers. In recent years, Windows 95 has been forgotten by many but for those who remember the debut of Windows 95 made, it might still look like Microsoft’s most significant moment.

If it is an essay for school or some random writing work, there is only one program that will help me, and that is Microsoft Word. Microsoft Office will be one of the first choices when talking about Microsoft’s successe. Overr one billion people worldwide use the Office set with Powerpoint, Word, Excel, and a few more applications. Microsoft Office has been around for a very long time and was one of the first true office suites available.

And it seems that I had learnt a new fact, as Microsoft Office had existed way before I was alive, which is quite shocking to tell the truth. Microsoft Office is an instrumental part of our desktops. It is used by massive businesses to small children using it for their school work; Office is the most significant desktop productivity software with its uses being universal.

It has also been a good selling point for Microsoft and a way to convince customers to use Microsoft software and eventually purchase a desktop using Windows instead of a Macintosh, which was immensely popular back in the 80s. But now the competition is flowing in with Google Docs being released. Microsoft Office has tried to “Rev it up” by unleashing Office 365 on the world, lets not forget that Apple has just made its own iWork free, offering the same powerful tools free of charge.

Windows XP, for me, is one of the game changers for Microsoft. In an old press release Jim Allchin, Microsoft group vice president,

“We’re going to spend double what we did on Windows 95 in the first four months.”

The effect Windows XP had on the world and the marketing they used was much larger than what they did with Windows 95, such as the “Yes you can” campaign Windows XP used to show future consumers how they’d be able to work from home, or how they would be able to upload their digital photos onto the computer for viewing impressed many people, and to this day impresses people as Windows XP is currently on 39 percent of the world’s computers.

Windows XP was released to the general public on October 25, 2001, after a massive marketing campaign I briefly discussed above, such as the “Yes you can” campaign. But if you did not know, I have some sad news. Microsoft will be ending all support for Windows XP in April 2014. After the support ends, it is predicted that hackers will try and find an exploit for Window’s second popular Operating System.

Windows 7 was released on October 22 2009 and it was widely received after the failure that was named Windows Vista. Windows 7 had saved Microsoft’s reputation as the “boss” after Vista, its huge success meant that the next O.S. Windows released would have to be better than Windows 7, and in my opinion, Microsoft failed in that aspect by releasing Windows 8.

But enough of my Windows 8 bashing. This is about Windows 7. Windows 7 has introduced many new features, such as being faster than its predecessors or the new sleeker design and technology incorporated into the desktop and the toolbars, such as the new aero technology used and making it compatible with older hardware. However, other critics have commented that another way that Windows 7 had shown a recent change for Microsoft was the low-key way it was released to the public as it had not blown millions upon millions upon millions of dollars on marketing like its ancestors. At the same time, it still managed to become a huge hit.

Adding SkyDrive to this list seemed like one of the easiest decisions I have made recently, and for many good reasons. For some, this may seem like a controversial choice because the list is for Microsoft’s Greatest Successes, but for me, SkyDrive is one of Microsoft’s most significant successes and read on to hear me tell you why. Well, technically I should have written “read on to see why SkyDrive…” but you guys will understand what I mean. When SkyDrive was launched on August 09 in the good year of 2007, it entered an already crowded market competing with names such as Omnidrive, Dropbox, Google Drive and iCloud.

SkyDrive has added powerful tools and has been fully integrated with Microsoft Office making a perfect combination, this and the revamp it went through a couple of months ago, people are now using SkyDrive more often to keep the files safe but it has faced some stiff competition from Dropbox and Google Drive, specially after hotmail has now become Outlook.

Even though the PlayStation 3 lifetime sales have peaked over the XBOX 360’s Microsoft had sold over 77,311,669 units world wide falling down to the third best selling next-generation console but there are many new sources which repute this as other established websites say that the XBOX 360 have since ‘repossessed’ the title of being the second best selling next-generation console seller now selling over 78.2 million units.

After being released in November on the 22nd of 2005, the XBOX 360 became one of Microsoft’s center products which did not have any competitors for a year, having a huge advantage over the PS3 and the Wii before they were even released. Now, we will have to see how the Xbox One competes against the Playstation 4.

Adding this was a hard choice to make because, even though I love Halo and can be and have been called a Halo fanboy in the past, calling it one of Microsoft’s greatest successes might have been a stretch on how good the game is. But thinking about it, I had added the greatest operating-systems, and the greatest applications Microsoft had made but not the greatest games so that is why I added Halo to the list.

Halo was first released in 2001 on the then XBOX Originals as one the first released games for the new console, featuring the super soldier Master Chief fighting the alien Covenant and the ancient parasite, the Flood. And from that game “spawned a legendary series”. From that moment, seeing how Halo: Combat Evolved had been popular Microsoft and Bungie saw its potential and released Halo 2, Halo 3, Halo 3 ODST, Halo Reach which would be Bungies last game as then they separated from Microsoft leaving them to make 343 Industries who had then released the Halo: Combat Evolved Anniversary and Halo 4. Right now, the whole trilogy has sold over 50 million copies worldwide, with the games alone grossing almost $3.4 billion. With Halo’s fan base also ranging in the millions.

Hotmail was not originally owned by Microsoft, and was released as one of the first webmail services in 1996 by Sabeer Bhatia and Jack Smith on July 04 as they wanted to show that Hotmai would free users from the bore of old webmail services. Microsoft bought Hotmail for an estimated $400 Million on December 29 1997 and kept the name Hotmail. Coincidently, another webmail service which would be integrated into Yahoo Mail in 1997.

In 2007, Microsoft decided to work on a new design and would then change its name from M.S.N. Hotmail to Windows Live Hotmail in accordance with M.S.N.’s name change. And last year, in August 2012, Microsoft had made the decision to again revamp Hotmail by first changing the interface and then rebranding it by changing the name and logo as well to Outlook.

Being released in America on November 04, 2010 and for us U.K. readers released on November 10 where it was released for the XBOX 360 console. This was a revolutionary step in Console world as it opened up a whole new realm of possibilities which have not really been touched upon yet, but in my opinion they should get a Beyblade game on the Kinect.

The Kinect is officially a “motion sensing input device” which all we will know is just a fancy name for a movement detector which translates into movements onto the screen. The Kinect was first announced at the 2009 E3, code named Project Natal. All though Microsoft doesn’t seem to be the only one interested in motion sensing technology as the company that initially made Apple has recently acquired the Kinect

What was your first Microsoft product? Let us know in the comments below! 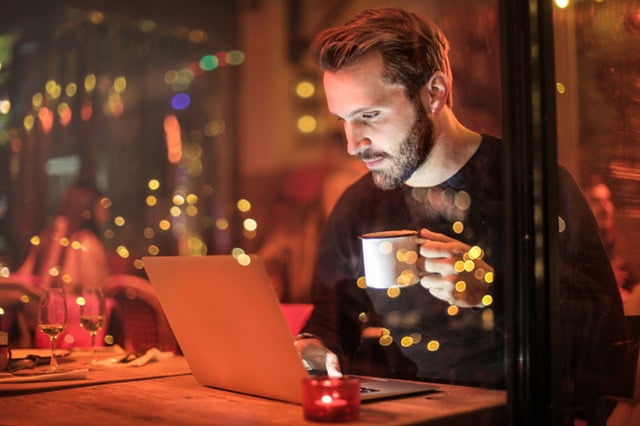 4 Cool Things You Didn’t Know You Could Do Online