Why Cybersecurity Matters More Now Than Ever Before

Since the advent of the internet, hackers have had the ability and power to cause widespread destruction. With advancements in technology occurring on a seemingly weekly basis in the present day, constantly new challenges face security researchers and experts with regard to the protection of information and data. While new technology and related development are vital in our progression as a society, each new discovery opens up other routes and avenues for hackers to explore and manipulate.

Just a few days ago, the East Anglian Times reported that Suffolk County Council spent £47,593 on cybersecurity in 2018, which represents a near 80% increase on the 2016 figure. Founding member of the Norfolk and Suffolk Cybersecurity Cluster David Higgins commented that “the risk of cybercrime is as high as it ever has been” and cited attacks such as “Wannacry” on the NHS as proof of just how devastating such attacks can be. As preventative measures and security systems become more advanced, so do hackers, resulting in a constantly evolving game of cat and mouse whereby both sides are trying to keep one step ahead of each other.

In October of last year, the Cathay Pacific cyberattack led to 10 million customers having their passport and credit card details stolen. During a regulation check of its security services, the Hong Kong-based company discovered the hack and quickly shut down all operations in order to conduct a thorough investigation and attempt to rebuild a damaged relationship with its customer base. Although affected passengers were informed that none of their information had been abused or passwords are stolen, the ease with which the hackers were able to breach the system must be seen as a legitimate concern. The size of the targeted company and the sheer amount of data that was stolen is proof that intelligence sharing between nations and industries is necessary in order to take preventative measures against such hacks.

It follows that the more connected we become as a society, the easier a hacker’s job becomes. With over 56% of the world’s population now reportedly having access to the internet, potential threats and attacks are coming from all angles. In addition to this, the way we are using the internet is changing and more and more sensitive data is being transferred in the form of online payments than ever before. Online shopping continues to grow in popularity on marketplace sites such as eBay and Amazon. As a result, we are handing over our personal details at the drop of a hat and the aforementioned sites are having to constantly monitor and alter the way in which they handle transactions.

Other industries, such as online gambling, continue to enjoy a significant increase in popularity and they too are making sure that all the relevant checks and balances are in place to ensure the security of their customers’ data. Review sites are boosting that further, by putting in place certain minimum requirements a platform must have before they will list it. This includes fast withdrawals, a valid UK gambling license, and carrying the “secure and trusted” tag.

The use of cryptocurrency and blockchain in relation to making online payments is seen by many security experts as the way forward. As well as other advantages such as speed and transparency, cryptocurrency transactions are anonymous and do not require the user to disclose any personal information. In addition to this, bitcoin makes use of encryption software, and coins such as Monero, Verge and Dash are well known for their focus on privacy.

A Global Effort to Tackle a Worldwide Problem

It was recently revealed that a previously unknown hacker group attacked government agencies in 13 different countries by redirecting their agency computers to servers that were under hacker control. This was likely done through the manipulation of DNS (domain name system) infrastructure and followed an alert from the US Department of Homeland Security warning of a global campaign to steal sensitive information which has since been linked back to Iran.

The DNS essentially serves as a global address book and translates internet names into IP addresses which are easily recognized by computers. Recent attacks and alerts have subsequently identified an apparent vulnerability in the global domain name system. It has been argued that these risks represent a global threat that requires immediate international action in order to move towards a more resilient DNS ecosystem. In essence, the application of meaningful security standards would be a good place to start when handing out contracts to DNS providers but support must also be provided for developing countries that are not yet up to speed when it comes to internet security.

We Are All at Risk

The likelihood is that at one time or another, we have all shared some sort of sensitive information on the internet. To some of us, this could simply relate to fairly insensitive and inconsequential personal data which doesn’t relate to banking details or other financial information. To others, this could mean that a breach of this data could lead to a loss of our livelihood and quite possibly financial and personal ruin.

Cybercrime is a global issue that requires global action and a certain degree of cooperation between countries. While one can appreciate that nations don’t see eye to eye on a lot of things, the very real and imminent threat of cybercrime should mean that common sense prevails and that countries work together to combat one of the biggest threats and dangers to human civilization this side of the millennium. 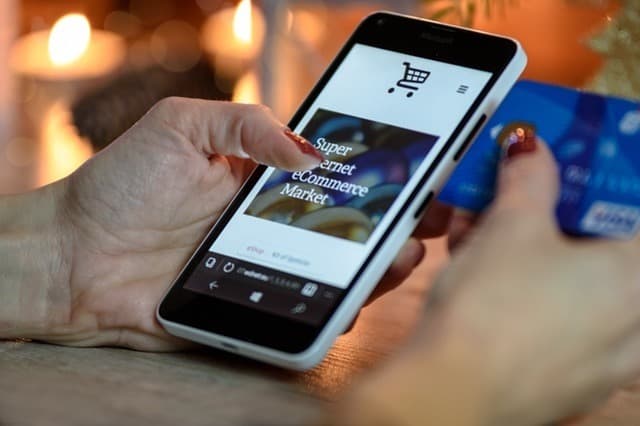 How to Finance your eCommerce Business