What is Android One?

Over the past couple of weeks you might have heard of Android One a new project from Google. The project which got originally announced during 2014 Google I/O conference will help users in the developing world to get cheap access to a smartphone.

What is Android One exactly?

Android One is a project from Google in which together with different manufacturers the search engine giant plans on releasing low-priced devices, as smartphone sales in India have grown by more then 186% and with billions people living in countries like India, Indonesia and many more, Google and many other tech companies see it as “the next billion dollar market”

What is considered a low-priced smartphone?

Different people from different countries might see a “budget smartphone” in very different ways, while in the US a cheap smartphone might cost $300 a device in India might be considered much less. Google has announced that its Android One smartphones will cost just $100

What features will these low budget smartphones have? 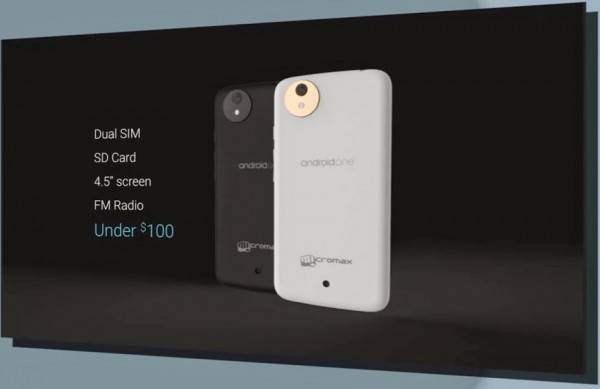 During Google I/O, the first Android One smartphone to be revealed was the Micromax a 4.5inch device with dual SIM, SD Card slot and FM radio. It will also run on a stock version of Android also giving users access to the Play Store and various apps that come standard on the device. If you own an Android One device you won’t have to worry about updating the software since it will be done automatically.

What about the US, UK and EU, will we get Android One devices?

From day 1, the Android One project has been one meant for the developing world which means that we won’t see an Android One device being released in the US, UK or EU anytime soon. However, there are already many cheap devices available and it isn’t difficult to find a $150 Android smartphone.