With the NSA tracking everything there is to track and privacy become more difficult to achieve starting to think about making encrypted phone calls isn’t a bad idea. The guys over at WhisperSystems have launched a new iOS app called “Signal” which will allow you to do just that.

Making use of ZRTP protocol for secure voice communication the incredibly well designed app allows you to simply make calls with your existing number and future updates will make it compatible with TextSecure a much used encrypted text messaging app.

How to make encrypted iPhone Calls 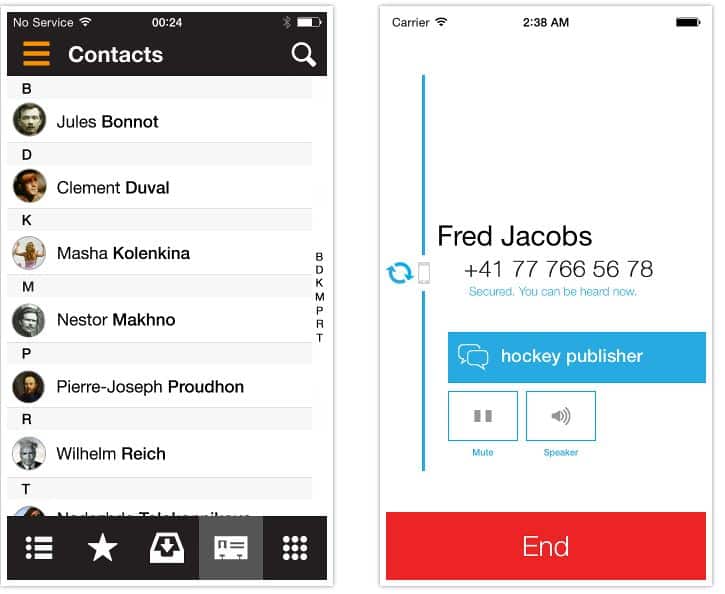 All that is required is for you to download Signal from the App Store. Once you open up the app the sign up process starts which all you are required to do is insert your phone number, the app will automatically import all of your contacts. You will only be able to make encrypted calls if other contacts also use the app.

The app is also compatible with RedPhone its Android equivalent.