Viber Out is a cross-platform VoIP service that also offers instant messaging and other features. It’s offered as a free download for Android and iOS devices, and it is also available as freeware for computers running macOS, Linux, and Microsoft windows. The company is based in Luxembourg, and is owned by a Japanese multinational corporation called Rakuten, which has achieved annual Forbes magazine ranking as one of the world’s “Top 20 Most Innovative Companies”.

An App with Growing Popularity

Viber Out is gaining popularity worldwide, and because it offers so many free features across so many platforms, its user base is likely to continue growing. As of November, 2017, there were approximately 900 million users.

Like other apps, Viber is downloaded to the device of the user’s choice. People who use multiple devices have the option to download the app to as many devices as they like, and the app syncs for a seamless experience.

When downloading Viber Out to a mobile phone, the app syncs with all contacts, highlighting those who also use the app. It’s worth noting that users can utilize Viber Out to call any mobile or landline number worldwide – even when the party on the receiving end isn’t among the app’s users.

All communications take place using VoIP (Voice over Internet Protocol) meaning that users do not have to be covered by cellular service in order to place calls. All that’s required is an active internet connection. Even public WiFi will work. And in case you’re wondering, communications are secure, allowing for safe, reliable communications even when WiFi security is questionable. Viber Out accomplishes this by utilizing end-to-end encryption, which encrypts data during transmission and unencrypts it when it is received. This ensures privacy by preventing spying of all kinds.

When communicating with others who also have the app installed, Viber users enjoy unlimited text messages, voice calls, voice messages, and video chats at no charge. Additionally, Viber’s users can engage in group messages. This feature is ideal for keeping friends and family members in touch with one another, and it’s also suitable for business use.

There’s more: users can also enjoy cheap international calls to a variety of destinations. This feature allows people to use Viber Out instead of more expensive cell service, avoiding roaming charges and making calls from locations where coverage isn’t available. As long as users have access to the internet, they can call mobile numbers as well as landline numbers. Payment is made in advance, and there are different payment packages available. Users typically appreciate the opportunity to prepay, since this prevents surprise charges on phone bills and allows them to manage their budget while still making calls that satisfy their personal and business needs.

Viber has an interesting social aspect, too. Besides communicating with individuals, users can opt to follow public Viber accounts from media outlets such as the Washington Post, Huffington Post, the BBC, and more. Some users opt to be entertained via Viber Presents, which is a music service that introduces new artists and more.

Users appreciate the fact that there’s no need to register when they use the Viber Out app. All that’s required is a download, and once the app is available on the device(s) of choice, the user can simply start using it without signing in. 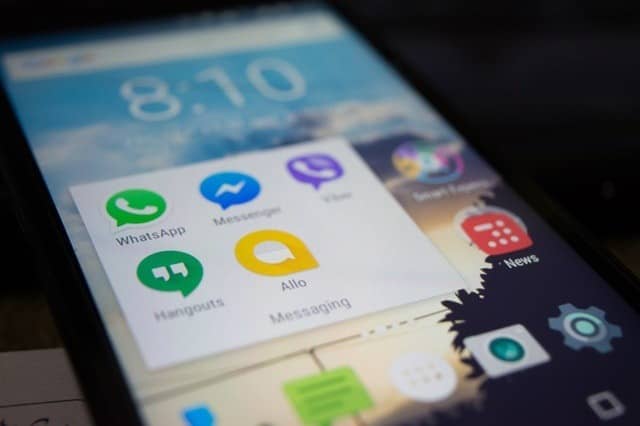 Just like other apps, Viber Out is easy to locate after installation; users choose the app’s icon to open it, and then proceed to carry out the desired action. The app runs quietly in the background, and provides notifications if the user wants it to. It can be muted for privacy, and conversations can be hidden and protected with passwords.

Viber works over networks including Wi-Fi, 3G, and 4G. It’s important to note that users who utilize the service with their own connections may be charged by their carriers if they exceed their allotted minutes or data allowances, even though messages and calls are free when made from one Viber user to another.

Viber Out rates vary from one call destination to the next. Rates are clearly posted on the service’s website and in the app, so there is no confusion. Credits can be added at any time using a variety of popular payment methods.

Viber Out is a service worth having, particularly if you need to make international phone calls. It’s ideal for travelers who won’t have access to their cell carrier while overseas, and it’s also ideal for calling friends and family members in different parts of the world. There are a variety of different ways to stay in touch, and there’s a playful aspect to this useful app that users enjoy.