In today’s world of the future, every photo taken, video shot and personal information stored on your mobile device lives on the cloud. If a phone were to be stolen or even worse, hacked, would a thief have access to all the sensitive information stored on that mobile device? Are security methods such as face, voice and fingerprint identification really strong enough barriers against hackers and thieves?

Fingerprints have been studied since the mid-1600s but were not catalogued into individual groups until the mid-19th century. It was William James Herschel who discovered through his extensive research that each living person has a fingerprint exclusive to them. He developed three main classifications, arch, whorl and loop. His findings became the basis for the Automated Fingerprint Identification System, which was used for criminal investigations up until the 1990s.

Fingerprint authentication on mobile devices has become the standard in mobile protection over the past few years. When this new type of security hit the market in 2007, consumers were skeptical. Although, with the progression of biometric authentication, using your fingerprint as a form of security to protect your digital information is safer than ever. Fingerprint identification has become a standard security method on all mobile platforms. 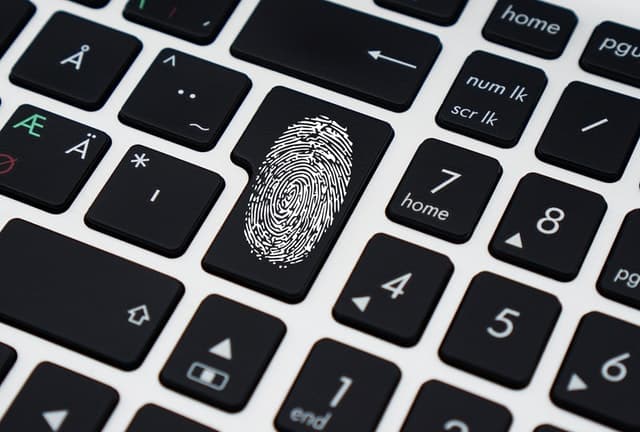 “Hey Google, what time is my doctor appointment this afternoon?” Phones such as the Pixel 2 have a Google assistant versus the iPhone’s Siri. Using a Google phone does hypothetically pose a larger risk considering most consumers use an array of Google services, opening up the possibility for hackers to easily gain access to sensitive information.

However, Google has planned ahead for this scenario, installing a state of the art biometric authentication processor on every device. Qualcomm’s mobile processors are specifically designed to keep sensitive data safe using the latest mobile security measures. Qualcomm Haven, the processor’s security suite, has a hardware-based foundation for superior biometric authentication; earlier versions of devices are more susceptible without this technology.

The iPhone X was the most anticipated mobile device of 2017. Consumers couldn’t wait to get their hands on this phone due to the newly added feature, facial recognition. Face recognition software, ZN-Face, was developed by graduate students of the University of Bochum in Germany and the University of Southern California in 1997. The first version of this software was funded by the United States Army and was capable of identifying with less than perfect images.

The evolution of facial recognition technology has progressed rapidly over the past twenty years. This new form of security hit the mainstream market of mobile devices in 2016 with the Samsung Galaxy Note7. Currently a handful of phones have started offering face recognition. In 2018, this will be one of the most sought after security features for new devices. Samsung is on the forefront of new technology releasing the Galaxy Note9 in March 2018 claiming to have the best face ID on the market.

Voice recognition, fingerprint identification and facial recognition have all made major strides over the years. Fingerprint identification may currently be the most secure but seems to be moving toward the past. Both voice and facial recognition are still in their infancy, but appear to be the future of mobile security. Regardless of the type of security authentication on your device, improvements in technology are engineered to keep consumer’s sensitive information private and safe.