Are you planning to buy a new PC? If yes, then you have to start weighing your options and decide whether to upgrade your operating system to the latest version or settle with the pre-installed one. As you probably already know, Microsoft has rolled out Windows 10, its current OS, which is being marketed as far better than the previous ones.

The two most common editions of the Windows operating system are the “Home” and “Pro” versions. Windows 10 Pro basically has more features, unlike the 7 and 8.1 editions that are both crippled by their limited functionalities. Windows Home, on the other hand, also has a new set of features that could be enough to suffice the needs of some users.

Despite boasting more features, Windows 10 Professional doesn’t take anything away from users who have been used to the Home edition; it only adds more sophisticated functionalities. And, as you may have guessed, it’s the costlier choice between the two. Good thing you can find discounted key code download for Windows products over the Internet, which could help you save some money.

So, what are the benefits of Windows 10 Professional that makes it worth the cost? Is it an excellent idea to upgrade your PC to it?  Learn more below.

The Price Is An Essential Consideration

You can choose between the retail and OEM versions when buying either Pro or Home. For the retails, it’s $199 for the Professional and $119 for the Home. If you prefer the OEM keys, it’s going to be $149 and $109, respectively. As you can see, there’s a considerable difference between the prices of the two editions, but if you need the additional features of the Pro, then it should be worth every penny spent.

Aside from the retail and OEM licenses, you can also go for a refurbished key code download for Windows 10 Professional if you want a significant discount. The bottom line is that the Pro gives you more than its Home counterpart, thus, being more expensive. They’re the same operating system, but if your work requires the sophisticated features of the Professional, it’ll make your life more comfortable for sure.

The license that you’re going to buy for Windows 10 will decide the functionalities that you’ll get to enjoy using the OS. The 25-character product ID is essential, and it’s something that needs some consideration before deciding which edition to use.

The license key for Pro will open up a new set of features that tech-savvy individuals and system administrators would be pleased to have.

Take a look at the additional functionalities of the Pro edition and decide for yourself whether you need them or not.

If you’re a security-conscious user, then you would love BitLocker. It’s an encryption software that fully secures your drives from those who’ll try to hack them. The Pro version of Windows 10 has made some excellent adjustments to the BitLocker service.

You now have the option to encrypt individual files using the current iteration of BitLocker. Not only that, but you can also keep the encrypted items with the unencrypted ones. Plus, the sharing of files becomes much easier since you can use both data in the same way on flash drives as long as you have the proper clearance to read them.

What’s a Remote Desktop Connection? It’s the feature in Windows 10 that allows the “master machine” to have control over the slave computers and all other resources.

What it means is that the master computer controls the slave machines in a way that the latter mirror-display the former’s screen. As you know, remote assistance primarily functions as an educational tool. It helps a remote technician or product support representative to show a user how to adjust graphics settings and access applications by moving the mouse on their screen.

However, while it’s true that it’s a functionality that’s present in machines running in both Windows versions, only Pro computers can get accessed from home; you can only control Home computers from work. That said, if you’re a small business owner, another reason to get Windows 10 Professional is the Remote Desktop Connection feature.

Another feature that may work wonders for you when using Windows 10 Pro is the Trusted Boot, which protects your computer from malicious software that provides access to unauthorized users. It works hand-in-hand with Secure Boot in protecting your system from malware by implementing a component checkup before starting to load everything during the startup process. Any user can benefit from this functionality in terms of achieving peace of mind, but businesses that regularly face cybersecurity threats like DDoS attacks will surely find it more valuable.

Formerly known as Windows Server Virtualization, Hyper-V can create virtual machines in devices running in Windows OS. It can virtualize operating systems as well as the entire hardware components of a computer, such as network switches and hard-drives. Although not many people would want to use this feature, the idea of having something that functions like a built-in virtual box is going to be interesting for those who want to move from one active virtual machine to another server with minimal downtime. Not to mention the fact that it will also result in lower total cost of ownership or TCO due to lower cooling and management costs, as well as hardware and energy requirements.

Not all PCs have the necessary power to run Hyper-V or virtualization software, so make sure to check it out before enabling the feature manually in Windows 10 Pro.

The advantages of Windows 10 Professional may not appeal to all personal computer enthusiasts. However, for company owners, it’s business-focused functions will surely be worth the price. Take a look at some of the management and deployment features of Pro below.

With Dynamic Provisioning, however, things are way more comfortable and faster since you only need to create a profile on a flash drive and then insert it when starting up a new machine. As a result, the computer will auto-configure based on the profile stored in the USB so that it could follow whatever the admin desires.

Windows 10 Home users can relate to how the OS pushes patches to your computer immediately, even without your permission. For some people, that could be the most comfortable option, but others are sick of it.

Luckily for Windows 10 Pro users, the OS lets you manage your updates. It takes away the frustration from unexpected updates that reboot your PC all of a sudden.

Users of Windows 10 Pro can still have the option to install new patches that Microsoft has released, but they’ll get the chance to defer the update until a specific time.

Another reason why automatic updating of the software doesn’t come well with most users is the history of bugs getting involved in the process. There have been reports about multi monitor setups breaking and other PC malfunctions because of updates. It means that patches can occasionally cause some problems. The good thing about being a Windows 10 Pro user is that you can wait for the OS to evolve and the bugs to get fixed before updating your machine. That surely adds peace of mind to users. 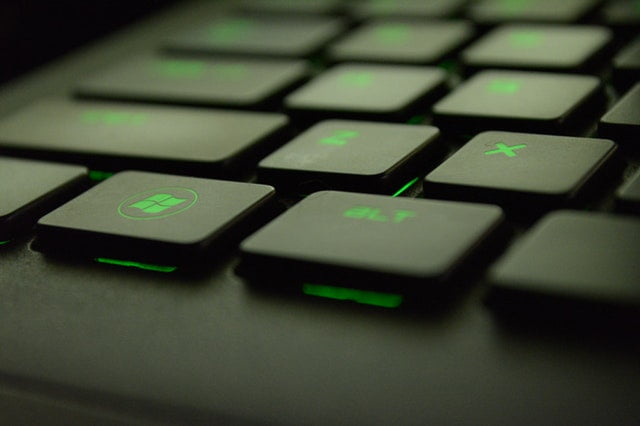 Another key benefit Windows 10 Pro users can get from the OS is its ability to support a whopping two terabytes of memory. It’s way more massive than the 128G of Random Access Memory that the Home version supports. It’s perfect for businesses and other organizations that run dozens of virtual machines.

The Windows 10 Pro relied upon the Windows Defender Application Guard for quite some time. It’s sort of a browser sandbox that protects your system when browsing the World Wide Web’s dark depths. You can access it using the control panel and turn it on as one of the operating system’s features.

The WDAG was terrific, but it doesn’t allow you to run extensions. Also, if you open a new WDAG window, your favorites may not carry over from the previous one. It also restricts users from downloading a file unless some changes in the policy setting take place. There’s no doubt that the Windows Defender Application Guard served as an excellent tool to help Microsoft users to surf the Web securely. Still, the new Sandbox upgrade, which is also available in Windows 10 Pro, has completely changed the game.

The Sandbox improves upon the WDAG. It allows users to launch a self-contained environment even without license keys. You can use it to test apps, especially if you aren’t sure about the safety of using one that you found on the Web. Such a feature makes use of a part of your OS, and when you close it, everything within it will disappear, too. But, the significant improvement in Sandbox is that unlike the WDAG, users can download files from the virtual environment and then transfer them to a PC so that they stay accessible even after closing the app.

There is no doubt that Sandbox makes everything not only secure but also more convenient. Keep in mind that you can also use it to surf the Web securely, much like the WDAG. The only downside is that it doesn’t offer extra anonymity apart from the private browsing mode of the browser. What this means is that when you log into Edge or Chrome, your browsing history still gets saved. But, then again, once you close the app, the browser and any history it has will also vanish.

A Version For Workstations

Please take note that Windows 10 Professional has a version specifically designed for the more powerful PC builds. You can typically find these computers in work and gaming stations. The additional features include persistent memory, a resilient file system, expanded hardware support, and faster file sharing. It’s more expensive compared to the standard Pro, but the added functionalities are amazingly good.

Yes, the Home edition will indeed suffice the needs of the vast majority of Windows users, especially if they’re only going to use their machines to surf the Web, perform a little work, and manage their personal and work-related files. However, if you’re after improved security and compatibility, the Professional version will work for you best.

If you’re a business owner or a software developer, a Windows 10 Professional would be a wiser investment. Again, it all boils down to how you intend to use the operating system. The decision is yours to make.