Microsoft which has recently renamed its cloud service SkyDrive to OneDrive will also be adding several new features to its online cloud service.

As of now the OneDrive website shows that the service is “coming soon” after it lost a law suit regarding the SkyDrive trademark. It turns out that a new name is not the only change that is coming to the service. Website Liveside leaked some screenshots of upcoming new functions, one of them will bring co-owned folders to OneDrive.

Similar to how service DropBox allows you to have multiple owners of a file that can rename the file, edit it and even delete it you will soon also be able to do this on OneDrive

Co-owners can add, edit, and delete files, and invite people to a folder. You can collaborate with people by adding them as co-owners (to a folder). Co-owners can add folders to their own OneDrive and access it from anywhere. 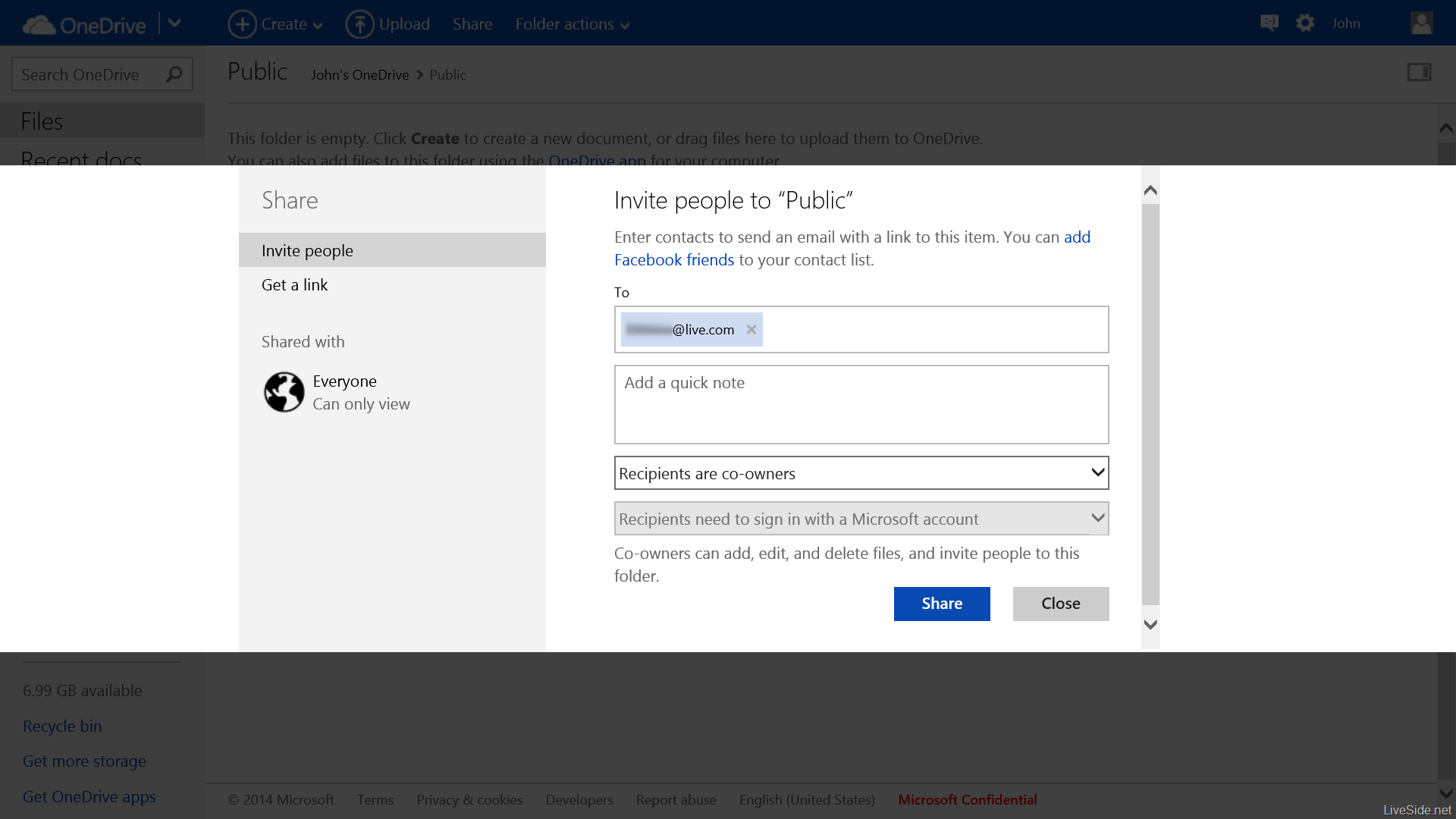 This will also address a much requested feature in Windows 8, since the service will now sync any files or folders that are shared, this pretty much means that if someone adds you as a co-owner of a file, it now will also appear as one of your own folders and it will be synced with your PC. As of now we don’t know an exact release date for OneDrive but we expect the cloud service to go online soon.