With angling being one of the most popular sports in the United States and all over the world, it’s safe to say that fishers are looking into modern technological advances to take their performance to a whole new level.

Over the past several decades, we’ve seen the rise of certain devices that are made specifically for this sport. Since there are over fifty million fishermen and women in the U.S. alone, it’s pretty obvious that the market for all of these innovative gadgets is generous. Let’s look at several that have become popular due to their many features and usefulness.

These devices come in many shapes and sizes and are made for targeting various species of fish depending on the water environment. Some come with their own displays, but these days, we couldn’t help noticing that some of the most critically acclaimed models are WiFi-based.

What this means for fishers is that they get the Bluetooth-enabled transducer and can use it to visualize the underwater environment on the device display of their choice. Of course, for some types of angling such as the one you might engage in while in a fishing canoe, these gadgets will have to come with a screen of their own, and that’s because they have to be fastened properly and even used with a waterproof cover so as to ensure their durability. 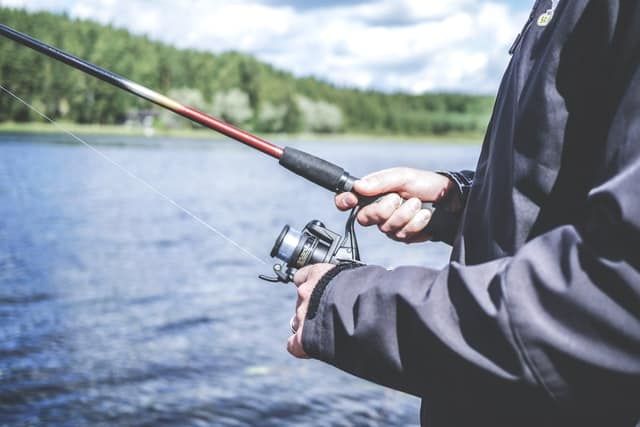 In most U.S. states, you are allowed to use two fishing lines at the same time. This rule is particularly useful for ice fishermen and women, who usually drill several holes in the ice and then wait for the fish to bite. Instead of having to check whether there’s any activity at one line or not, you can safely rely on a rod bite alarm.

Basically, the gadget is capable of detecting the vibration caused on the rod by the fish biting on the bite. That’s why they are called bite alarms in the first place. Usually, the angler does have to go from one line to the next to jiggle the bait and attract the fish, but it can be challenging to use both at the same time.

Marine fishing is an entirely different type of angling altogether. It requires the use of unique equipment, and the catches are far bigger. The fact of the matter is that it can be difficult for a fisher to find his or her way back home when in the middle of the ocean. To ensure that no mishaps occur in this sense, you can use a GPS or a chartplotter, as long as it is loaded with the coastal maps and charts of the area you are in.

Most come preloaded with some of these maps, so if you get one in the United States, you’ll get all of the coastal information from the U.S. territory, but also Mexico and other neighboring countries.

Online dating was something that individuals would first look down upon as something strange. But…

Despite the market being stacked with several streaming devices, we wouldn’t mind persisting with the…