Once a picture of a device has leaked you can almost say the device officially exists, it is like a confirmation that all of the previous “sources familiar with the matter” weren’t talking out of their ass. Probably the most hyper product of 2013-2014 is Apple’s upcoming smartwatch called the iWatch.

With Apple’s September 9 event approaching an event where according to Re/Code we could see Apple unveil its new smartwatch, We have already seen many leaked pictures and components of the new iPhone 6, so why haven’t we seen leaked pictures of the iWatch yet?

All though we will most likely see Apple reveal the device in September, it won’t release until mid-2015 meaning that Apple has probably not even started manufacturing its device or it is in really early stages of doing so (source). Leaked images of factories usually leak when the device is at the end of production or in its final stages, something the iWatch hasn’t even reached yet. This however doesn’t mean that Apple doesn’t have prototypes or early models of it to show off during its September 9 keynote.

Apple has done this many times before, it did so during the launch of the iPhone back in January of 2007 while the device didn’t hit shelves until June that year,  with the iPad which also took several months to launch since it was revealed and 2014 Mac Pro. 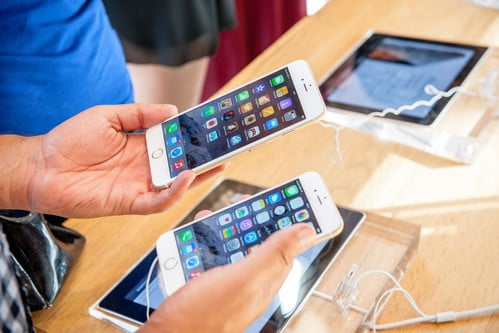 What’s the True Cost of an iPhone 6?