New Age based Play Store Rating system – How it Works

Google has just announced some exciting new changes to the Play Store. First of all from now on all apps that will be published are manually reviewed by a team of specialist, this should make sure that not only the content quality increases but also reduce the malware problem the Play Store has been having.

Google has also announced a new Age based Play Store Rating System that will show what age group a specific app is suitable for. Different rating system for content is used around the world, Google will use different age-rating organizations. 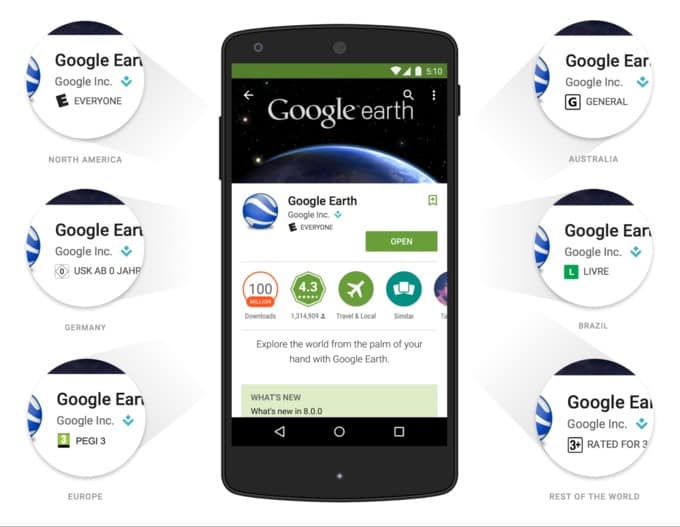 As seen on the image above, below the App Publisher a line of text has been added showing the appropriate rating system for your country. Developers aren’t forced to take the survey that will rate their app’s content, so some apps might have it while others won’t. Let’s take a closer look at the different age-rating organizations: