Technology creators and enthusiasts are always chasing after the next big thing. This is often referred to as a “moonshot”. While Apple is a top company that has made vast improvements in technology, the co-founder believes that right now Tesla is the next big thing for the automotive industry. He believes that the company has put a lot of effort into risky ventures and believes they are on the right path for it paying off. According to ubergizmo.com, Steve Wozniak, the co-founder of Apple, pointed out the the CEO of Tesla is on the right track because he anticipated the dire need for better, efficient types of transportation systems and electric or autonomous vehicles.

Cars are a big topic for everyone. Whether you are looking to buy a new car or get a vehicle title loan on one you already own for some extra cash, everyone’s day-to-day lives revolve around their transportation. This is why any new advancements can be exciting for everyone. A hot topic for years has been about trying to find ways to reduce fuel consumption and other sources of energy. However, not much new technology or efforts have been brought to fruition that has changed anything on a large scale. That is, until Tesla. According to an article on tiptoplifestyle.com, there are many reasons why Tesla is the next big thing in the automotive industry. Below are some of those reasons.

Tesla has taken the automotive field by storm and dominated it in the area of electric cars and other systems. They are in a whole class to themselves at this point and no other company comes close to producing electric cars that are as swift and powerful as they do. While there are not currently many options for using and recharging these cars at the moment, they are still very sought after and have become so in a very short amount of time.

One of the main reasons why they are the next big thing in the automotive industry is because they have technology that is not like any other. The battery they use in Tesla models are lithium ion and are known in the commercial realm as commodity cells. These types of batteries have been typically found in things such as laptops that can give long-lasting usage and are much lighter and cheaper to make than other types of batteries.

The Tesla motor batteries contain an intumescent chemical. The chemical being found in the car makes it the first of its kind. This chemical offers an effective thermal protected property that can prevent battery fires which have been known to happen with other types of commercial batteries. While this type of battery is efficient, it also is one of the best batteries for its range as well. Many other battery makers are looking for technology-sharing from Tesla for manufacturing electric devices using this battery technology. 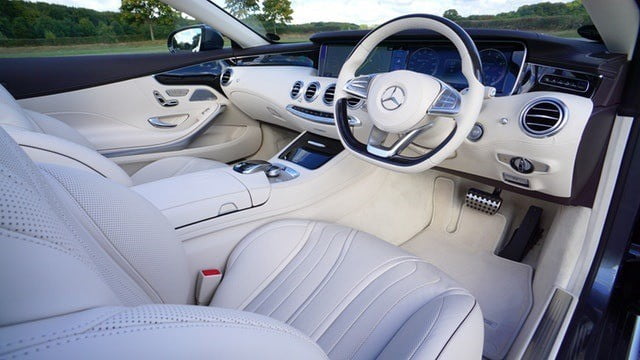 The latest version of Tesla’s batteries have them integrated into the floor of their cars instead of in the trunk where the batteries are generally located. Doing this has saved a lot of space in the car’s design as well as there being less need for cooling measures since natural ventilation comes from the airflow under the car. While the extra space has put it at par with gasoline-driven cars, it was noticed that the battery was at a higher risk of damage from road debris. To fix this issue, Tesla added armor plates for added protection of the battery. The company also made changes to battery installation and now the battery can be quickly swapped out in less than 90 seconds. However, there are currently no commercial centers for battery swapping.

Tesla charging stations are currently only found in America and a few other select countries where they are trying to expand to. For now, the fact that there are limited areas to charge your car battery is the main deterrent for people wanting electric cars such as the Tesla brand. The company is working hard at marketing their brand and cars and getting more charging stations put up in hopes that more people will get on board with electric cars such as theirs.

In the biotechnology advancement, genome editing helps researchers to reach a goal by editing the…