Why Use Java for Mobile App Development

An object-oriented language, Java is extremely popular and leads the pack when it comes to Android app development. In the future, it may even be used to create iOS apps, too, although thus far, Apple has prevented the Java Virtual Machine (JVM) from running on its devices.

Why do so many businesses turn to Java developers to build their Android mobile apps? There are many advantages to using this language. Here are just some of the top reasons.

Android was written in Java

Let’s start with the basics: Android itself was written in Java. Today, Android has many libraries, frameworks, and application programming interfaces (API) specifically for the language, which make programming a breeze for Java development services. In fact, for many years, Java was the only official programming language of Android, although Google added Kotlin as a second official language in 2017.

Java is a tried-and-true language with many uses, including mobile app development. It was released in 1995 by Sun Microsystems, now owned by Oracle, meaning it’s nearly a quarter of a century old. In the rapidly-changing programming world, that’s a significant amount of time. It quickly gained popularity, such that now, many dedicated Java development companies exist and use the language exclusively. Now in its eighth version, it continues to offer new features, and Oracle routinely creates fixes for bugs and other issues. 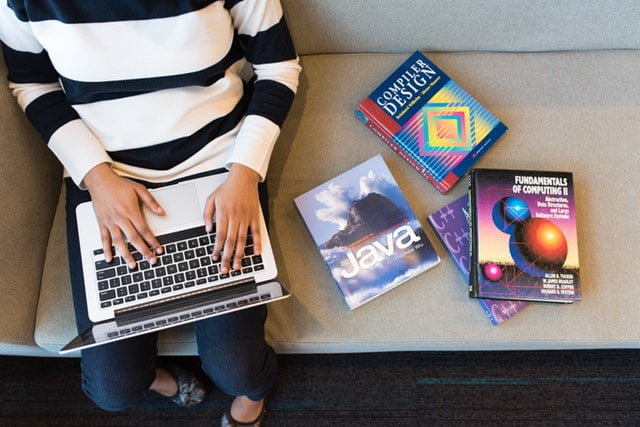 Java became free and open-source in 2006. This led to an enormous expansion in its use. Not only is the language itself widely accessible, but it also comes with many open-source tools, including a huge array of libraries. This can ultimately mean a faster and more efficient turnaround for Java development projects because the programmers will have access to plenty of prewritten code and other tools for streamlining development.

Speaking of access to tools, Java also comes with an enormous community. SlashDot found that there were 7.1 million Java developers worldwide in 2018, with the language being most popular for mobile, cloud, desktop, and IoT apps. Such a massive userbase means there are plenty of resources available to developers, including forums, articles, websites, books, and other tools. No matter what the Java development projects they’re working on, programmers can tap into a large community of peers for tips, troubleshooting, ideas, and other guidance.

The JVM has a garbage collector that performs automatic memory management, locating and deleting objects that aren’t being used without requiring manual say-so. This frees up memory. The garbage collector also runs largely concurrent with the application, increasing efficiency since you won’t have to pause development for the process to be complete.

Java is also flexible. It can run in multiple environments, including virtual machines and browsers.

Java is easy to learn

Java was developed as an alternative to C and C++ and is still considered to be simpler than the older programming languages. Its English-like syntax and lack of complex characters imply a softer learning curve for beginners. There’s also plenty of support available for newbies and professionals looking to improve their development skills using Java, thanks to its longevity and vast community.

Java is not perfect. Some developers complain about slow performance and architecture. Others dislike the lack of control over garbage collection and claim that it uses too much memory. Because of these drawbacks, other languages, such as the aforementioned Kotlin, have been cropping up as alternatives for mobile app development, though none offer the same level of popularity and widespread use as Java.

Java remains an important player in the mobile app development landscape and almost certainly will for a long time to come. In Stack Overflow’s 2019 Developer Survey, Java stands strong as the fifth most popular programming language, edging out competitors like C, C#, and Kotlin.  Already nearly 25 years old, the language has more than stood the test of time and served its users well.