Americans never get enough sleep. We know this. But what about those mornings when a full eight hours of snooze time still leaves the person feeling as if they haven’t had enough of the shut-eye? In many cases, sleep disruptions have led us to reach out to professional sleep study experts to determine if apnea, or another condition, is occurring. For those of us who don’t hire an expert, the mystery of sleep patterns can be solved by a wearable sleep tracker device. Now Americans can have a digital record of their sleep patterns by simply strapping on a wrist bracelet or other device.

This article looks closely at 10 of the top wearable sleep devices and how they can help consumers improve the quantity and quality of their sleep.

What to Look for in a Wearable Sleep Device

One of the benefits of wearables is that they are typically multi-function, tracking both movement and sleep. Some of these devices can be set to remind a person to turn off their digital device and go to bed or go workout. They’ve gotten more accurate over the past couple years at monitoring heart rate and activity. Here’s a solid list of 10 wearables to consider.

Smartwatches really broke out last year. The key features of these wearables include sleep tracking, along with exercise monitoring and other tools. Finder released their review of the best smartwatches for sleep tracking, including Samsung Gear S, Sony Smartwatch, and the Apple Watch. All are good fits and come with sleep trackers, so go with the brand you normally buy products from.

Fitbit was one of the first wearable devices. It continues to improve and branch out; there are seven or eight models to choose from as we near the 2017 holiday season. These devices can track more than sleep, they also monitor weight and exercise and some of then even have smartwatch features.

Some of the functions of the more advanced Fitbit models include:

Fitbit is the leading name brand when it comes to wearable trackers, which means they might come at a hefty price tag, depending on where you shop. If you buy directly from Fitbit, that’s usually where you’ll see the highest prices. Here’s a good resource for finding deals on Fitbits from other retailers, like Amazon or Best Buy.

The JAWBONE UP3 looks more like a fashion bracelet than a functional sleep wearable. But it is exceptionally comfortable because it’s lightweight and the cost is decent. For low-cost tech, it has some advanced features such as biometrics that track heart rate, breathing, body temp, and of course, sleep. The device has an exceptionally long battery life of up to seven days. It does lack a screen display, but the app tells the user everything they need to know about their sleep patterns.

The Jarv ActiveFit is a Bluetooth water-resistant activity tracker that has a surprising number of features for a device that normally retails for $49.95. With a seven day battery, social media alerts, and a heart, sleep, and alarm system, why would anyone pay more?

Right now on Groupon, the Jarv ActiveFit is on sale for $19.99. However, you might also be able to find a Groupon promo code by visiting coupon websites, or just signing up for an account and opting in to receive promotional emails – they’ll send codes all the time: 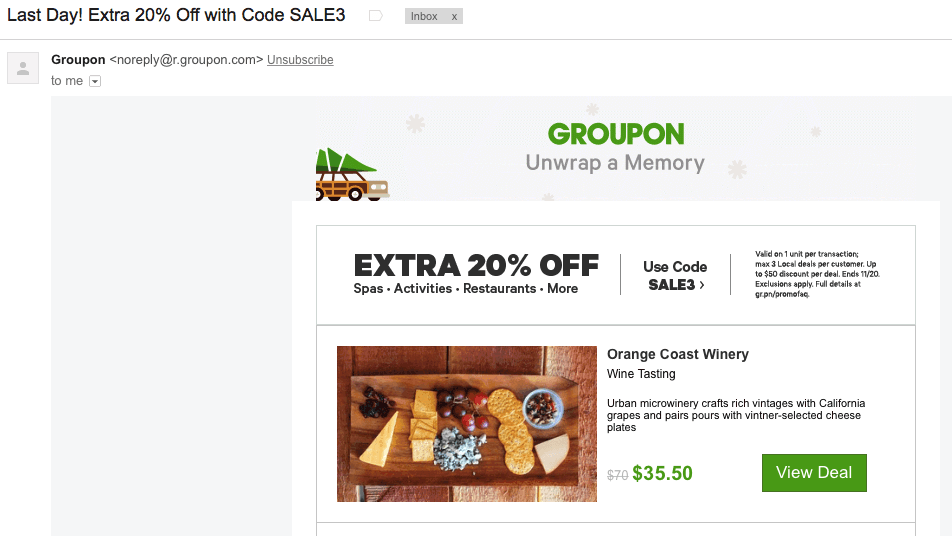 Who says wearable sleep trackers have to be wrist devices? The Neuroon was a successful Kickstarter launch; the wearable combines a little VR headset with a little Fitbit sleep tracking. This sleep wearable is a mask that users wear to bed. It not only tracks REM sleep but also has a meditation app that helps people fall asleep faster. It is the first wearable sleep tracker that actually measures brain waves via an EEG device. The device monitors the sleep patterns of users and makes suggestions as to the best time and way to wake up. The device tracks pulse, brain waves, movement, and changes in skin temperatures. It’s also an open source device, meaning, computer programmers can dig into the software behind the product and improve or customize it.

While the Sleep Image device has been approved by the FDA, it isn’t commercially available. But it was interesting enough to include in this list. Clinicians are now using the device to help patients improve their sleep patterns and health. The device is a small node that attaches to the skin when the wearer is sleeping. The benefit for consumers, when the device is finally available over-the-counter, is that they will be able to have more accurate clinical-grade data on their sleep patterns. At this time, there are no other similar products available on the market.

Garmen has a sleek, stylish wearable bracelet called the VivoSmart that’s both well-designed and functional. It tracks fitness activity against goals, calories burned, heart rate, and also serves as a watch. The downloadable app works for iOS and Android, and it includes sleep tracking and helpful tips on how to grab more zs. 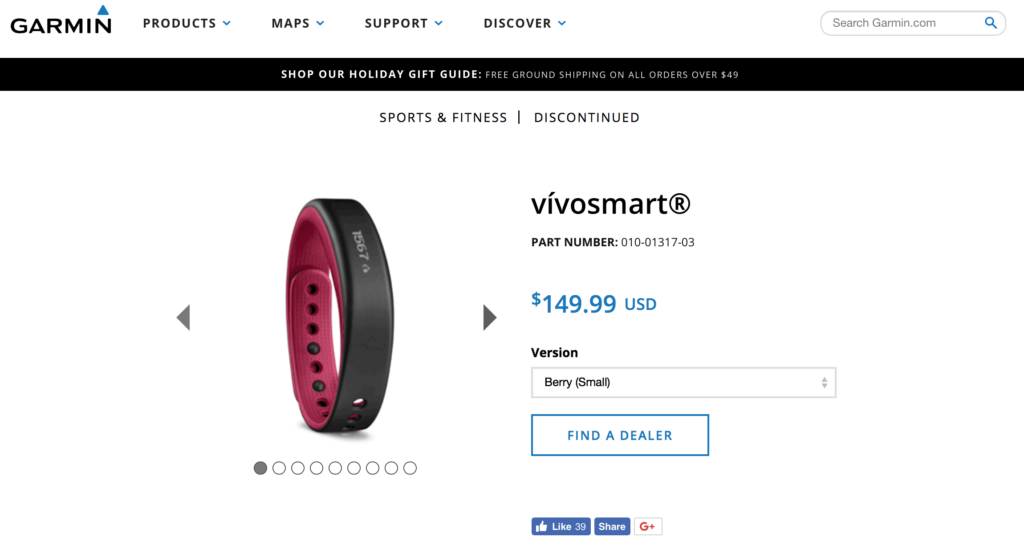 Retail outlets such as FastTech always offer a nice selection of wearable devices. For shoppers searching for the freedom to choose a brand, or just seeking options, a functional search on FastTech will yield a dozen or more wearables to consider: 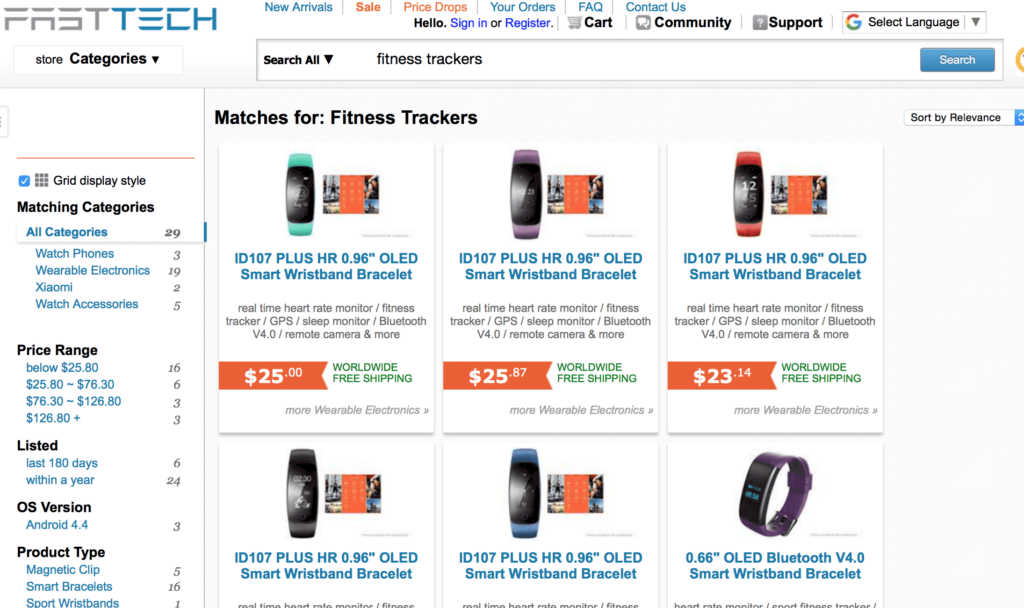 While FastTech is already a discount retailer of sorts, there are other savings available as well. Just check coupon sites like Dealspotr or DontPayFull.com for FastTech discounts.

Nokia has super stylish wearables that have all the functionality of a health and sleep monitoring. But the Nokia Health Mate app is particularly appealing as an add-on to this technology. The app tracks heart health, blood pressure and pulse, weight and exercise, calories, and sleep.

The technology behind wearable sleep trackers is still evolving, which is why we’ll close with the LucidCatcher. After a successful Kickstarter campaign, this device is moving toward production. LucidCatcher is designed to track the dreams of the user and allow them to subtly influence the dream state. Users say the device, which straps to the forehead, makes the aware they’re dreaming and allows them to subtly change the course of their REM experience.

11. Turn Over a New Leaf with a Wearable Sleep Tracker

According to CNN, Americans are falling fall short of the eight to 10 hours of sleep needed every night for optimum health. This puts the up-all-night crowd at risk for a host of disorders, from mood swings to cardiovascular disease. Wearable sleep trackers allow us to try to regain some of the sleep we’re losing by first, monitoring both the quantity and quality of the sleep. These tools offer real hope to a nation of sleep-deprived and potentially cranky Americans.

The world of technology is new and exciting. Who doesn’t love trying the latest gadgets…