In the 1950’s and 1960’s there was a real push going on in civilian air travel in Europe. While developing massive jets and airliners was the standard for the time, many in Europe began to embrace the idea of civilian transport via helicopter. For many reasons this made sense. The relatively short distances between European cities made alternatives to hulking airliners feasible. Additionally, vertical takeoff and landing in urban areas made a ton of sense as an alternative to rural airports that required additional transit time to reach your final destination. Both types of craft were coming into their own in the post-war era as companies tried to find new uses for the glut of military aircraft remaining after World War II. So why did the helicopter fail when it seemingly made a ton of sense as a logical alternative? I spoke with FlightHub, an online travel agency with a passion for aviation history, to get their two cents on why we take off horizontally, as opposed to vertically.

First thing first, lets take a look at the leading vertical takeoff craft of the time. Built in the 1950’s and 1960’s, the Fairey Rotodyne was something of an odd duck. Equipped with a helicopter rotor and wings similar to those found on an aircraft, this machine wasn’t quite a helicopter and not quite an airplane, but it certainly was capable according to FlightHub’s review. Capable of top speeds of nearly 200 miles per hour, the Rotodyne, which could carry up to 40 passengers, was no slouch when it came to speed and service. Add in its vertical takeoff ability and range, it could fly to and from most major European cities on one tank, it truly was the best of both worlds when it came to aviation at the time. 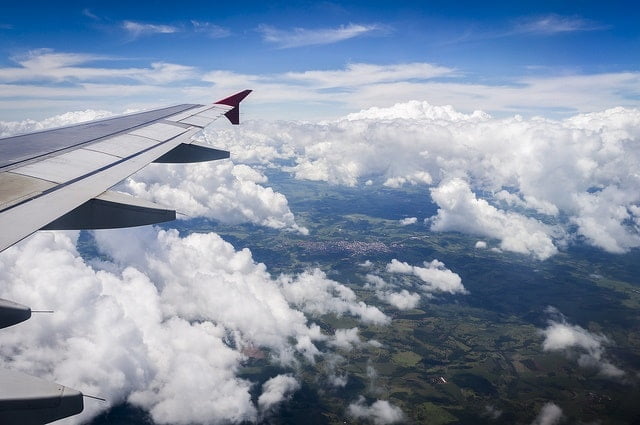 So, I’ve been pumping this crafts tires. Why did it fail? The principal concern of regulatory bodies was noise. This was not a pleasant craft to ride in or be around. Noise levels within 500 feet of the craft were described as intolerable. At even greater range it was still very unpleasant. This of course greatly effected its marketability as an urban vehicle that could bypass the headaches of out of town airports. The project died a slow death into the 1960’s due to high costs.

So, was it a case of wrong place, wrong time? With the advent of new materials, quieter engines, and a future that opens the door for even quieter and more efficient motors, the potential still exists for urban helipads that serve more than just those who can afford private helicopter transport according to FlightHub. In fact, helicopter transit does exist today, but its a very niche market with very few practical options for the common traveller. With that being said, the concept of low-noise, low emission, and efficient helicopter transit may be in an induced coma, but it could be an idea worth waking up again.

Looking at the online gambling industry today, you can tell that slot machines are not…

The days of complex, flash-heavy websites with lots of movement, color, and action are behind…