Facebook is testing to start integrating ads into your notification center. The notifications will be mainly game suggestions based on games your friends play and other games related to the games you have played your self. This new ad type was spotted by Twitter founding engineer Britt Selvitelle.

This new ad should be very interesting for Facebook developers but not so much for the users or the user experience, Facebook has been implementing lots of new ways to promote content on their site but is that really what the users want?

As of now they are just testing this ad format and we don’t know if Facebook will actually implement it or when this might be implemented.

Take a look at the ad type spotted by Britt Selvitelle 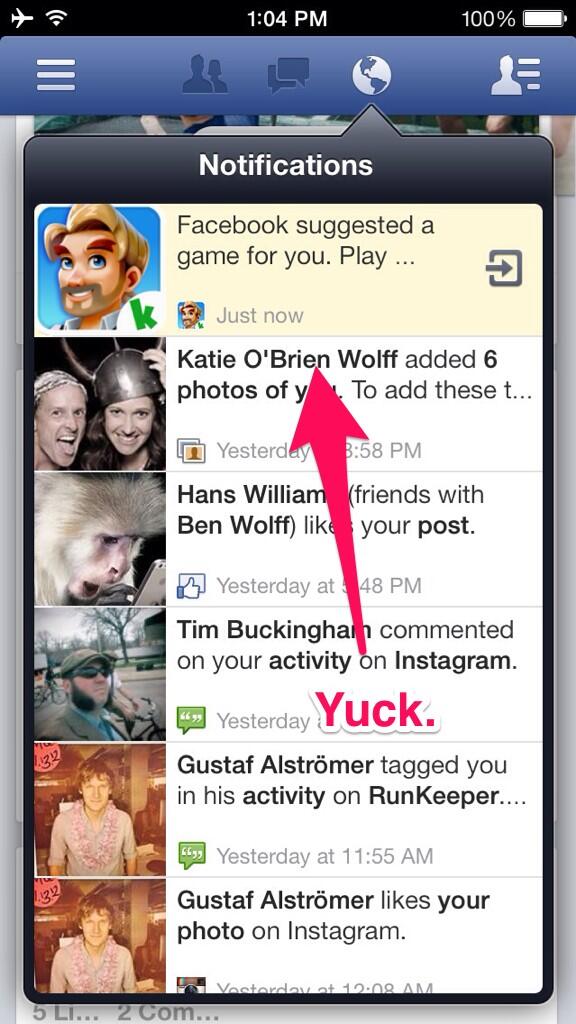