Sometimes, it’s incredibly interesting to look back at the history of the most banal domestic fixtures and fittings. As basic and lacklustre as they may appear in and of themselves, the stories of the things around us chart the story of mankind across the centuries. They are a reminder of our innovation, our enterprising, and our thirst to improve our existence year after year after year.

This is why the lawnmower makes such an appealing subject. Like the telephone, the motorcar, and the dishwasher, it has developed along with society, so that today it boasts vastly impressive technology and innovations to make it fit for purpose.

Here, we look at its story, from the very beginning to the present day…

Anyone who’s ever tried to walk across a field of long, unmanaged grass will understand the challenges it poses: the struggle to push through the undergrowth; the dampness of the stalks wetting your clothes; and the hidden potholes and ridges that lurk beneath, waiting to trip you.

Hundreds of years ago, this wasn’t too much of a problem. Almost everyone had livestock, and the richer the grass was and the quicker it grew, the better the forage it provided for people’s sheep, goats, cows, horses, and so on.

However, for those with the means to own land for nothing more than the purpose of ornamentation, having no real means of managing grass growth caused quite a few complications. Landowners were forced to hire men to keep it trimmed down with scythes and shears, an inefficient and arduous task.

Until Englishman Edwin Budding came up with a solution. In 1830, he observed the cutters used in cloth factories in action, and realized that the same concept could be used to cut grass, thus solving the problem of the landed gentry. Heavy and hard to manoeuvre his invention may have been, but it worked exactly as he’d intended, and helped him to amass a not insignificant fortune. 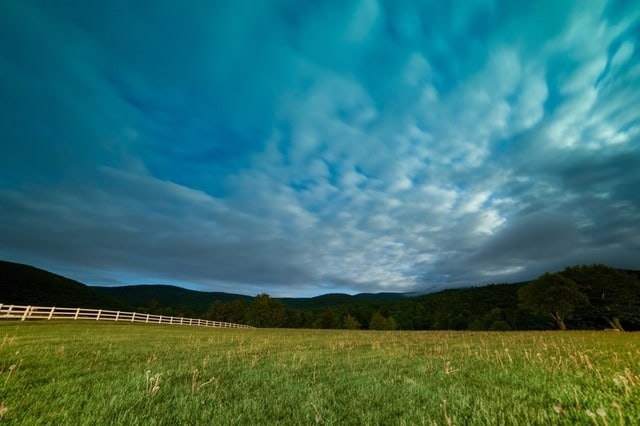 The Changing Face of Landscapes

Edwin Budding’s invention quickly gained in popularity, with the landed gentry flocking to buy it. They were not the only ones who realized the possibilities the lawn mower introduced. Gardening was revolutionized, and the look of not only country residences, but also parks, fields, and farms was transformed. Manicured lawns were no longer the reserve of the rich; middle-class homeowners jumped on the bandwagon, and even the poorest could enjoy their newly tidied public spaces.

Yet these machines were incredibly basic by modern standards, consisting of little more than a rear roller and a cutting cylinder in front. Two people were required to operate them, with one to push the machine and one to pull it.

In these issues, others saw opportunity, and the evolution of the lawn mower began. By 1890, a steam-powered mower was introduced, and by the turn of the century, gasoline-powered machines were also on the market.

From World War I onwards, the growth in lawn mower production was unprecedented, with tens of thousands of machines produced every year. Since this period, new innovations have been constant, so that today we have everything from the electric mowers sold by companies like SGS, to the massive ride-on machines used by commercial outfits.

And that, ladies and gents, is the history of how a simple need led to the invention and evolution of one of the most iconic machines in history. Innovation and enterprise combined, and gave us something that changed the very landscape of our world.

Technology product rollouts are some of the most awaited moments in the tech world. The…

Low-code platforms are a true innovation in the world of enterprise-grade software. In spite of…