Today, diabetes is undoubtedly one of the most widespread diseases worldwide; the International Diabetes Federation has estimated that it affects over 425 million adults. As such, it comes as no surprise that a lot has already been done to combat and treat diabetes. However, science is still exploring the best solution for treating this pandemic condition. New treatments with recombinant insulin and more adequate prevention campaigns have shown great outcomes in the past ten years.

Diabetes mellitus, or diabetes, is a group of metabolic diseases in which the affected individual has a high amount of glucose circulating in the blood plasma (1). This condition is commonly referred to as hyperglycemia and can bring long-term complications to people that suffer from it (2). The damage caused to blood vessels by diabetes can affect the eyes, kidneys, and nerves, and it has been determined that diabetes doubles the risk of cardiovascular disease and increases the chances of stroke (2).

There are two main types of diabetes: type 1 and type 2. There are also other less common types, like gestational diabetes and some rarer, more specific cases (3). Type 1 symptoms usually first appear in childhood and patients generally need daily insulin injections throughout the course of their lifetime. Type 2 is more closely related to obesity and unhealthy dietary habits, and in almost all cases, better eating routines and physical activity reduce the risk of being diagnosed. Unfortunately, genetic predisposition also plays a key role in the development of type 1 and type 2 diabetes (3). 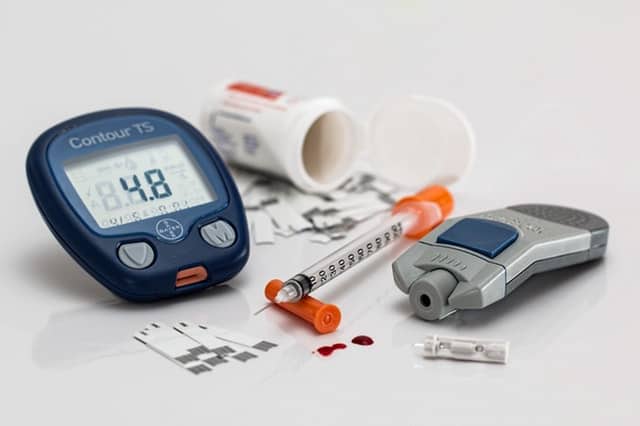 The remarkable improvements in the treatment of diabetes are certainly related to the synthesis and discovery of recombinant insulin, which can be attributed to the modern technology used to develop this hormone and its analogues (4).

Insulin is considered to be the main anabolic hormone in the body, and it is responsible for the regulation of the metabolism of carbohydrates by mediating the absorption of glucose from the blood into the liver, fat, and other cells. In patients with diabetes, this hormone is deficiently synthesized by the pancreas (5).

Today, biosynthetic human insulin is enjoying vast popularity as a diabetes treatment. Researchers have even been able to insert the gene for human insulin into plants, leading to a decrease in the cost of its production. Recently enhanced technologies to measure protein stability and purity are employed to produce insulin analogues with greater results, compared to previously used extractive animal insulin, improving the quality of life for a larger number of patients (6). The adverse effects that insulin analogues initially created have also been an area of study for many researchers and have been addressed. Today, biosynthetic human insulin has unprecedented quality and stability (6).

Views on The Future

Even though there is still more potential in the synthesis of insulin with improved pharmacokinetic properties, the results are evident and the success of biosynthetic insulin analogues have triggered the development of other complex molecules used to treat diverse diseases. It appears to be just the beginning of a long road of innovation in healthcare. Further research is still necessary, but the actual present predicts a promissory future.

If you were to look at how the healthcare industry operated 50 years ago, you…