Paintball itself has come a long way since it was first introduced as a way to mark trees and cattle. Now, it is a professional-level sport and has a lot of new gear and technology to go along with it. One of the biggest advancements has happened with woodsball paintball markers, which are no longer only pump-action guns, but have evolved into weapons more capable and adaptable than ever before. 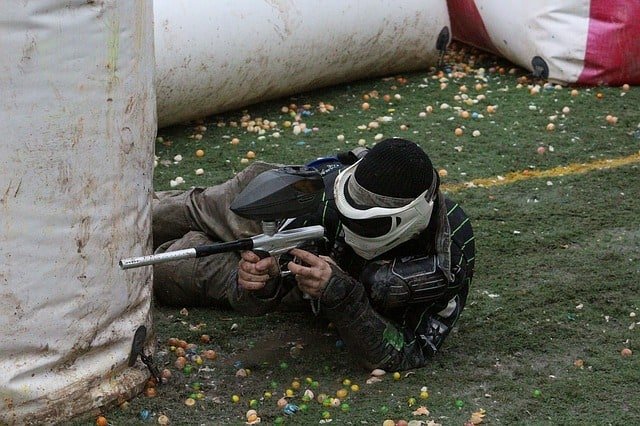 One of the most profound advancements, especially when it comes to woodsball, was the introduction of the mag fed paintball markers. These guns operate much like their live ammo counterparts, allowing you to play in a more realistic manner. You will need to carry more magazines with you due to the rapid fire with a mag fed gun, but the gameplay is definitely more authentic.

Outside of mag fed paintball guns, woodsball guns have nearly all moved toward the standard design of mounted rails. The rails allow the user to modify and customize the gun to turn it into the perfect weapon for you. Sometimes this means adding on sights, flashlights, cameras, and even bipods, letting you make your game exactly what you want it to be. Not every player is looking for the same type or strategy of play, so being able to customize your marker will make it truly your own. This also can change how you play on your team, assigning each member a specific tactical role.

Beyond woodsball, there have also been advancements in speedball technology as well. Speedball has evolved into something that is fast-paced, strategy-based, and as a result, requires a specific type of paintball gun. The electronic marker is essential for any speedball game. The advancements of electronic markers has moved to the point where you can change how your gun shoots mid-game. Everything is accessible and easy to adjust right there in the battlefield. These guns have also moved to the point where you can disassemble them during gameplay as well in the even that they need to be cleaned, allowing you to keep playing, regardless of what happened with your gun.

Generally speaking, speedball guns use the most-advanced technology possible. Because the gameplay is completely different than woodsball, the guns work well staying cutting edge. The speedball guns have all become high-tech, resembling laser guns. Firing with a speedball gun is also incredibly fast and utilize electronic triggers and electronic hoppers. The electronic hoppers use a small motor that quickly feeds the balls into the gun, letting you fire faster.

In both woodsball and speedball gun technology, there have been serious advancements in grip technology. It might not seem like a big deal, but being able to handle your gun well can be the difference of hitting your opponent or not. The grips have moved to ergonomic styles that let you keep your hand both firm and steady on the gun. They also usually have a texture that allows them to stay well in your gloved grip, even in the rain.

Between both speedball and woodsball, one other advancement has been the same, even if the method of advancement is not the same: gameplay is faster than ever before. Both types of paintball have evolved into being quicker in both how the game moves as well as how quickly the guns are able to operate. Sometimes this means a quick trigger, while other times this means being able to take apart your gun quickly in the case of a ball break or jam during play.

The speed of shooting is partially related to the use of compressed gases to fire the balls. The gases, usually compressed air or CO2, expand and force the ball out of the barrel at a high speed. The amount of pressure that is produced by the gases depends completely on the bolts, which have also evolved over time, giving players a high-powered type of gameplay. The more power that a paintball has, the faster and further the ball is able to travel before hitting its target.

No matter what method of paintball you enjoy, the advancements in technology have certainly changed and improved the way that we play the game.

Data is the new currency and the new oil. The proliferation of technology has led…

Vacuum technology has been the core to important development in science since the 1800s. Although…