2020 is just around the corner so it’s logical that most of us are feeling excited about what it might bring to our tech-driven world. In fact, a lot of us are already predicting what trends will explode during the upcoming 12 months. However, as it looks today, it feels like next year won’t be much about emerging technologies no one expects but rather about the consolidation of technologies we’re seeing right now.

From long-awaited technologies that will lay the foundations for more technologies to come to the spread of different kinds of apps that will have React developers diving deep into a new approach, there are several interesting things to watch for in 2020. Here are 6 of them!

5G Will Start to Spread

You could argue that 5G, the next generation of mobile internet connectivity, is already among us – and, technically, you’d be right. However, the true impact of this new version of the mobile data network will only be felt once it starts to spread. Fortunately, that’s predicted to happen during 2020 and, with it, the biggest changes that any of these trends will have in the short term.

That’s because the high-speed low-latency network will bring several benefits, including speeds of up to 10 Gbps and more stable connections. But perhaps its most significant impact will be on how 5G will serve as a support for the expansion of the Internet of Things. This network of interconnected devices desperately needs 5G to thrive, as it ties tens of thousands of devices across cities. Thus, 5G’s bandwidth will finally allow for sensors in homes, streets, vehicles, and more to “talk” to each other more efficiently.

Computing Will Move to the Edge

The sensors mentioned above are already generating petabytes of data and will produce even more, as more of those devices come online in homes, vehicles, and companies. With so many of them going around and thanks to the irruption of the 5G network, it’ll be possible to take a brand new approach to data processing. That’s where edge computing comes in.

Behind that name hides a way of analyzing the sensor-generated data as close to the source as possible. In other ways, the data gathered by the devices is processed on-site instead of going back to a cloud data center. Doing that will allow for real-time analysis of consumer buying trends, instant predictive maintenance in factories, improved mobile gaming experiences, and better performance for driverless vehicles, among many other uses in the IoT.

The Rise of Momentary Markets and On-Demand Experiences

Edge computing will open the door to engage with customers in ways that seemed impossible before. That’s because the real-time analysis that will happen on-site will let you know when is the best moment to engage with each individual customer. Given the highly dynamic nature of today’s client demands, knowing when to act is crucial, because that fleeting micro-moment goes away very soon.

In fact, the window of opportunity to engage with each client opens for so little time that we’ll have to grow accustomed to momentary markets. Customers will expect that companies satisfy their needs on-demand, whenever and wherever that may be. Brands that fail to meet them will be relegated in favor of brands that have enough power to analyze, detect, and satisfy those momentary markets as they happen.

The Popularization of Extended Reality

You might feel cheated with this trend as extended reality (XR) has been around for some years now. Yet, even for its age, it hasn’t found many uses outside of the entertainment industry. That’s about to dramatically change in 2020, with virtual reality (VR), augmented reality (AR), and mixed reality (MR) all finding a multitude of new uses in industries as varied as healthcare, engineering, construction, sports, and military fields.

Those industries are already experimenting and trying new ways of introducing extended reality capabilities into their practices. What’s more, we’ll see the introduction of new extended reality devices into the market, the sophistication of smartphones to support those new abilities, and even new approaches to each sector, with audio augmented reality being one of the best examples.

Blockchain Arrives at Mobile Through dApps

Many are predicting that 2020 will be the year in which blockchain will finally make its way into mainstream business use. Breaking out of the ghetto in which it currently is trapped isn’t an easy feat for blockchain but a lot of people anticipate that it will finally happen next year with the crucial contribution of blockchain-based mobile apps (also known as dApps).

Yet, for that contribution to take form, React development companies will have to tackle some central challenges: how to debug the issues that might appear, the lack of regulations surrounding blockchain, and the maintenance needed for all to run. Next year will see React development services addressing those problems to finally push blockchain into the mobile world to benefit from all its advantages, from increased security and transparency to higher governance on the hands of the developers.

Massive Reskilling of the Workforce

Artificial intelligence and machine learning solutions have become fairly common across several industries, bringing new benefits to the companies that are using them. However, those advantages come with a series of challenges, mainly surrounding the workforce. On one hand, there’ll be an increasing need for talent to handle AI-based solutions. On the other hand, there’s the issue of employees that might be displaced by the introduction of those platforms.

The solution is already here – reskilling. The practice of training the existing workforce to learn about disruptive technologies such as hybrid clouds, analytics, AI tools, and more isn’t new but will become essential for businesses next year. Thus, we’ll all need to be constantly retrained and reskilled with a post-digital approach to make the most out of the new digital platforms.

If you paid attention to the trends we’ve detailed, you’ve surely noticed that all of them are closely related to one another. That’s because we’re approaching a time where most disruptive technologies will start to converge in a way that will reshape how we live and work. Maybe the biggest trend of 2020 will be this convergence, as up until now, we have been experimenting with each technology almost in isolation.

As always, nothing is written in stone and maybe some of these predictions won’t even come close to happening. Yet, from where we are standing today, it’s highly likely that the tech world will take the paths described above and take us further into a post-digital world. 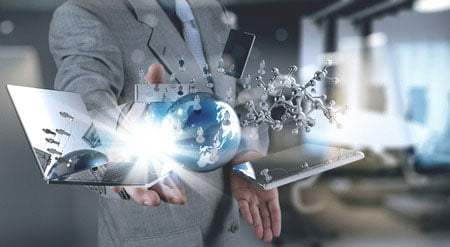 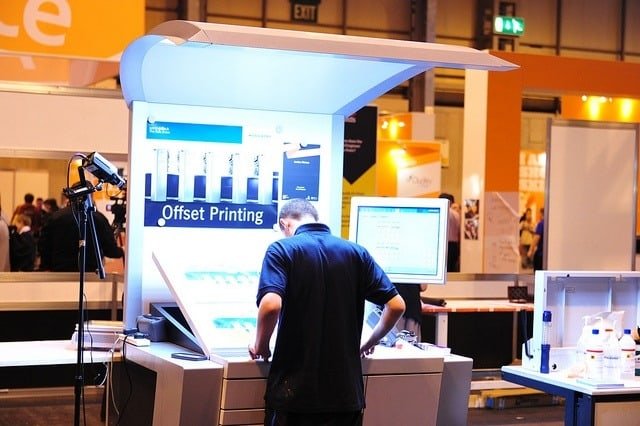