In the biotechnology advancement, genome editing helps researchers to reach a goal by editing the DNA information. Scientists can alter, add, or remove information from the DNA to manipulate the functionality of cells and organisms. With this technological development, they can research and find ways of treating serious diseases among other advantages of genetic modification.

Although there are many ways to achieve these gene-editing goals, CRISPR has gained popularity in recent times. CRISPR-Cas9 is not only a cheaper approach to gene modification, but it also affirms a faster and more accurate approach to gene editing than other known methods.

The information helps bacteria to identify the virus and other related types. As a defensive mechanism, whenever the virus attacks again, the bacteria synthesize RNA segments using the information stored earlier in the CRISPR arrays. The RNA then targets the virus’ DNA. Afterwards, the bacteria employ Cas9 to cut the viral DNA, which disrupts its functionality, thus, rendering the virus harmless.

Researchers adopted the same concept in their biotechnology labs in the early 1990s. In the laboratory setting, researchers simulate the bacterial process to edit genes in organisms. Once the researcher identifies the target DNA, they create a piece of RNA containing information that targets a specific sequence.

The RNA then binds to the sequence on the DNA strand and the Cas9 enzyme. The enzyme identifies the problematic strand within the DNA. While CRISPR can use other enzymes like Cpf1, Cas9 is the most commonly used. The enzyme then cuts and removes the identified problematic section of the DNA.

After cutting off a section of the DNA, the cell’s DNA repair system takes over. The cell can then delete or add genetic material to compensate for the cut section. It can also alter the information with customized genetic material.

What Does CRISPR Hold for the Future? 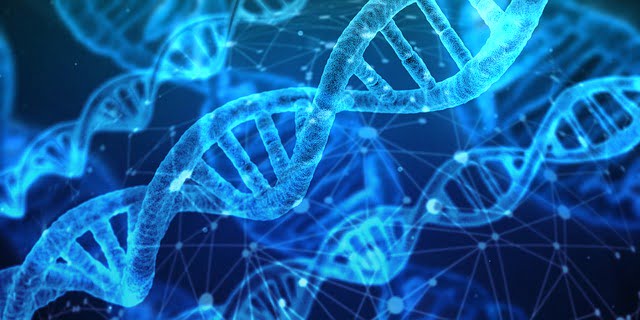 CRISPR is still considered a new technology in biology, and those interested should consider enrolling in a CRISPR course to further educate themselves on the topic. When editing the genetic composition of DNA, you are altering the life of an organism forever. This may raise some ethical questions among concerned parties.

However, the changes in DNA information through technology only applies to somatic cells. This means that only tissues can be affected by gene editing, and the result cannot pass on through generations. On the other hand, there are some advantages that the CRISPR-Cas9 genome edit procedure promises as outlined below.

1. It Can Eliminate Disease-Causing Microbes

Initially, HIV was a killer virus, but with the introduction of ARVs, people have been able to live through the condition for decades. However, under new research, there is the potential to get rid of the viral infection by gene modification.

Through previous research in China, scientists were able to create an HIV resistance in mice. The operation replicates a gene mutation that changes the cell and prevents the virus from entering and causing damage. We know that such “blockage” abilities are very rare in humans.

In a more recent study, researchers were able to edit the human stem cells of an HIV and blood cancer patient to test immunity to the virus. The modified cells survived over a year without any side effects. This study shows that we are a step closer to finding a solution to viral infections.

2. Correction of Genetic Errors that Lead to Diseases

Hypertrophic cardiomyopathy is one of the heart diseases that can be fatal without warning. The disease affects at least 1 in every 500 people. This condition is the number one killer among heart diseases related to genetics. Various mutations in dominant genes affect the heart cells, causing the tissues to stiffen and affect its ability to pump blood to the rest of the body.

With gene-editing technology, the condition can be treated and the life expectancy of such patients can return to “normal” as opposed to when the condition remains untreated. A more promising experiment successfully deleted the gene and reduced the risk of developing the disease. This shows that we are near to completely treating or preventing this heart condition.

3. It Could Regulate the Spread of Deadly Diseases by Mosquitoes

The female Anopheles gambiae mosquito is responsible for transmitting many deadly diseases such as dengue, malaria, yellow fever, and Zika virus.

In one gene-editing exercise, scientists were able to create a new strand of mosquitoes called the yellow wingless mosquito through genetic engineering. They hope to find a way to make the gene hereditary so that a new generation of mosquitoes will have no ability to fly around and transmit deadly diseases like yellow fever and dengue.

With the same concept, another team of researchers in London are currently working on rendering the female anopheles mosquito sterile. This would mean wiping out an entire species and sceptics are wondering if doing that would give another organism the role of transmitting these dangerous diseases.

In Agriculture, CRISPR has proved to be even more promising. The technology has been a successful improvement in tomato production in the Cold Spring Harbor Laboratory. In their approach, researchers used genetic engineering to alter the genes that determine the size of fruits, their branching, and plant shape. The result was a humongous production barrier break.

Another example of this was the development of a new corn variety by DuPont Pioneer. This new corn will be better quality and more sustainable. Previously, growing corn would be somewhat random, you could never guarantee the amount of corn that would be produced and it was a time consuming and expensive process. But with this new genetic engineering, they are able to create more consistent, cheaper and quicker production as the crops can be engineered to be drought resistant, disease resistant and higher yielding.

Gene-editing is still a young technology. Although it has shown success on some projects in the past, CRISPR seems to be more relevant and efficient in its operation than previous methods. This technology also promises to be a safer option when using DNA to manage the behaviour or structure of an organism. But there is still a lot more to be done to reach the full potential of what gene editing can achieve.