Drones are a quick and efficient way to get aerial footage and photographs, allowing you to reach inaccessible places and to obtain views that would otherwise be far more expensive and difficult to obtain. The use of drones in the media industry is now well established with organisations such as the BBC utilising them. They are allowing footage to be garnered that would previously have required a helicopter to capture. Now smaller, independent news providers have the opportunity to obtain footage that would otherwise have been out of their reach for both technical and financial reasons.

Don’t work in the media? Well, drones could still help your business by providing video footage or photographs that could have a commercial use. Estate agents, commercial landlords, event organisers, wedding planners and companies offering holiday lets, have all found drones to be of use in showing unique views of their properties, locations and events. With video footage proving to be so crucial to website success, you could even take video footage of your firm for your website, encouraging visitors to stay and engage with your business.

Agriculture has been a key beneficiary of drone technology for a number of reasons. Firstly drones can be used to assess crop health, failures, successes and those plants that need attention. However, not only can drones be used to identify which crops need fertiliser or pesticides, they can be used to apply those treatments. Moreover, drones allow farmers to be selective and specific in how they apply such solutions, rather than using a wasteful, scatter gun approach – which benefits the farmers, the crops and the environment too. In a similar way, drones can also be used for conservation purposes from monitoring animal populations and welfare to managing land. 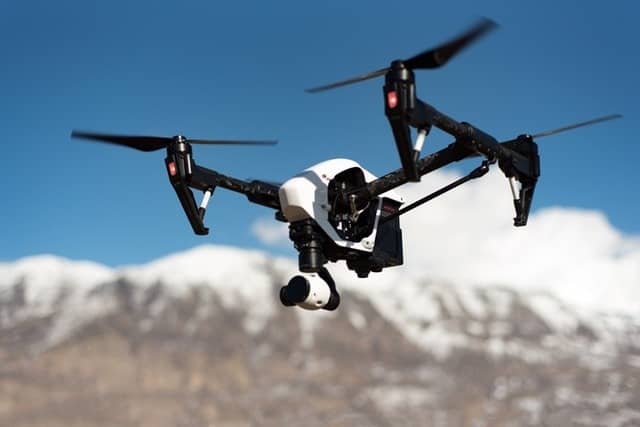 Drones have also been embraced by the surveying and construction sectors. Drones can be used to access difficult and dangerous to reach places such as roofs. They can also be useful in inspecting infrastructure including the railway, pylons, bridges and roads. Moreover, when combined with the appropriate software, drones can not merely inspect areas they can also be useful in mapping and modelling buildings and other structures. It is this capacity which makes drones useful for a number of businesses from architecture to preservation, conservation, utility providers and the transport sector.

Telecommunications firms are also utilising drones. BT has revealed plans to use them to carry out repair work, whilst Nokia has reportedly used them for planning, inspecting and testing purposes. It’s also been mooted by Facebook’s Mark Zuckerberg, that drones could be used to bring wireless internet access to remote areas and underdeveloped countries.

Drones hit the headlines late last year when Amazon conducted their first delivery by drone in December, and they’re not the only ones, with Deutsche Post, the Royal Mail and Domino’s Pizza all apparently exploring the use of drones for deliveries. Fancy a double pepperoni anyone? Although the use of drones for deliveries is at a relatively early stage it may not be long before your business could embrace drones too.

So there you have a few ways in which drones could be useful to your business, now and in the future.